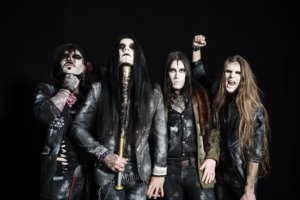 Cari Crow from Sister talks about their new album, the band and the latest tour experience.

Hey, I my name is Carl, and I am writing for the webzine Ravenrocksite.dk. I have actively listened to music for ten years and have grown up in the punk-rock-environment with bands such as The Ramones. I have always dreamt of playing music, instead I ended up writing about it. Now, I mostly listen to industrial, but due to my history in the punk and rock environment, I got to interview you, Sister!

1. It’s been about 14 years since you founded Sister, is it different from where you thought the band were going, how / how not?

Wow, well I guess it ́s a lot different from when we were 16-17 years old and started the band, in many ways. On paper we have and still are doing the things we dreamt about as kids. Touring, releasing albums, got a decent fanbase all over the world etc. But I would say that the road to get there was harder and took more time than you would think back then. On the other hand, I think that it is positive. We are more mature and focused both as individuals and musicians now than ever.

2. Do you think that the rise of Nu-Metal (genre from 1990-2007) has influenced your first album, and which bands have Affected the upcoming album?

I know very little about the Nu-Metal genre and have never been a fan of it, mostly I think is because I never explored it. We grew up listening to Black Sabbath, Kiss and the classic rock bands. Next thing after that was Pantera and Nirvana, but the Nu-Metal never really caught my attention. The new album is wide spred, as always. From Guns N’ Roses and D-A-D to Satyricon and Carcass.

3. What is your wildest experience on a tour?

Luckily I don ́t think I remember the worst/wildest stuff. But partying all night to early morning, first on the clubs then on the streets of Madrid and getting back to the clubs bus parking to discover that the tour-bus left without us, on it ́s way to the next town was pretty weird. One of those things you ́ve gotta experience at least once in your touring career I guess.

4. If you had to play another style of music, what would it be?

Something softer. Like some dark maybe country atmospheric thing. Melody and lyric based. Something that is not like a workout class playing live. I would also love to do some dirty, unpolished 77 ́ punk thing like The Misfits & The Damned.

5. What bands would you recommend?

Too many of them.. I love discover new music. At the moment I’m listening to Phil Anselmos new project En Minor. Last week I listened to the new debut album of Rob Coffinshakers Underground Fire. And just the other day when we released our new single Primal Rage I listened to the new releases from Tribulation and Alice Cooper. That’s just the past days and I would recommend them all.

6. Who are your music icons?

7. How has working with Judy Wetzl been so far?

All good. Too bad the pandemic shit year forced us to cancel all plans.

8. Back in 2011, you selected the song “BullShit and Backstabbing” as the one which displayed the essence of Sisters musical style. Has that changed at all?

Changed.. I would say developed. Our vision of the band is still the same but things can never stay the same forever. We always try to make it feel new, fresh and better for each album. We don’t wanna get stuck in making the same album over and over again. The new album is all about what we feel in the moment and where we are musically right now. Sticking to our original style but also trying out new things.

Third single of the upcoming album. This one really feels like an up to date tribute to the first album and keeps the original Sister vibe intact. Heavy/speedy instruments, raw vocals and a chorus that gets stuck in your head for days.

10. Will the new album have guest musicians? If so, who?

No. We discussed having a female singer on one of the tracks but that never happened.

11. What’s your favourite song in the upcoming album?

A track called Psycho Thrilling is one of the first we wrote together and it really is a raw and heavy mid tempo banger.

12. Any knowledge you want to pass on to new musicians?

Patience. And for me personally, focus more on the song writing than just the technical skills. These Youtubing master class guitarist/drummers that are playing incredible fast and skilled doesn’t mean shit to me if they cannot come up with a good song.

13. Any famous last words for the reader, before we wrap up?

Our new album Vengeance Ignited will be out in February 2021. It’s an amazing album with 10 killer tracks. Maybe the best Sister album so far. Buy it and support rock n’ roll. In times like this, we need it and you will not be disappointed. When the world opens up again, come see us live on tour.

Thanks to Cari Crow. You have to decide for yourself whether you want to follow his instructions at the end of the interview, but we recommend it. On November 27, Cari Crow wrote on Facebook that the album will be out on February 26. All we have to do is wait, both for the album and for us to get it in for review. 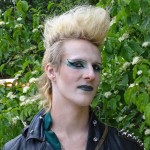