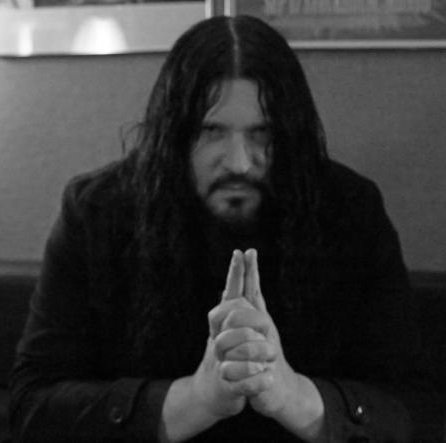 Swedish Arch Enemy is on tour with their new album: Will to Power, giving their new leadsinger a great opportunity to show the World how skilled she is. Here shortly before the evening’s concert, we have put Sharlee D’Angelo, their bassist, in a meeting for a cozy interview about his approach to the band and about Arch Enemy’s future and past.

Hi Sharlee, thank you so much for being able to arrange this interview despite challenges with the logistics.
Always a pleasure, nice to meet you!

How many times have you made interviews with Danish band sites?
Probably a few times in my life. I can’t really count it. Denmark isn’t like the most common country that makes interviews. But you do reach out, at least a few. But not as many as in Germany or America or anything.

We need to do better! I wonder, who were your greatest inspiration for your lyrics?
I don’t really know. I haven’t actually written any lyrics on the album, it’s mostly Alissa and Michael. Alissa writes around 60 % and the rest is Michael. But I think it’s mostly personal things, I mean, even if it’s stuff concerning the world around you, but it’s from the point of view of how we feel about certain things.

What do you miss the most when you’re on tour?
Privacy! Solitude. It’s actually not that bad, I mean, it’s the thing about having your own space. But at this point of our career we travel fairly well, and you can always go in to your bunk if you need to – a sanctuary, close the curtain and I’m alone. Every day off, I tend to not do many adventurous things. I just enjoy being in that room. You can spread out your stuff, and you can clip your toenails – enjoy privacy. Certain things you take for granted at home and then all of a sudden you can’t do it, because you’re around people everywhere and there’s really no space. You have to think in a particular way about everything just because. It’s completely normal for us to do that, but then again, it’s a treat to get that space. We were in Copenhagen yesterday for a day off and I was going to do a little bit of everything, but I ended up doing absolutely nothing – it was fantastic!

If you were to play any other genre than metal, what would you play?
Well, I already do. I’ve another band with some friends called: The Night Flight Orchestra, we like to call the genre American melodic rock. It doesn’t have much to do with metal, but it has guitar solos. So, I kind of already play a different genre than metal.

What is your own taste in music? Do you have any favorite bands yourself?
It’s really difficult to say. It changes from day to day, from hour to hour. There are around 150 different bands I would call my favorite. It’s anything from what I grew up with like Deep Purple, Rainbow, Kiss, Dizzy, Judas Priests, you know all those thrash and death metal bands in the 80s and 90s. But it’s also other things from my preteens like Ultravox, and they’re still some of my favorites. Police, Kate Bush, Stevie Wonder… There’s something for every mood. My life would be easier if I could just say: “I like cornflakes and Black Sabbath”, but it doesn’t quite work like that.

If you had to choose from all the albums from start till now, which one do you like the most?
Oh, also a tough question. If I listen back to older albums, it’s not like one is better than the other, but there are songs on different albums. But let me take it from another point of view.

Burning Bridges is of course one of my favorites, partly because it’s a great album, but it’s also the first one I did with the band, because I wasn’t on the first two albums. I have very fun memories of recording the album. It was recorded, mixed and everything in 10 or 12 days, I think. It all went extremely [fast] and very smoothly. We worked all day and went out at night and then back to the studio the next morning. It went very quickly actually, and it turned out really well. These days we tend to spend a lot longer in the studio to go over details but listen back on that album it’s still amazing. It’s also done back in the day, when it was all on tape, so you couldn’t really go over the details that much.

Wages of Sin, because it was our first album with Angela and our musical direction changed a little bit.

Doomsday Machine, because it was something slightly new as well, Japan had been our biggest market before, but then all of a sudden America was the bigger market, and the album didn’t fare so well in Japan. We got more established in America and it was like we took a little bit of a step upwards then; we did a lot of touring and we got a new audience in America. We got a new record deal, and we could actually feel that something happened. It’s actually kind of fun thinking back at the memories that are connected to the albums from the audiences’ point of view. They think a lot about what happened when it was written, when it was recorded and everything then.

Khaos Legions was mostly written in little gaps we had in between festival shows and concerts. Most of it was done very organically; a lot of demos being done. Not like these days, when you send the demos back and forward via the internet. We were in the rehearsal room a lot, and it was an organic process, and yes, I still like that album!

Again, War Eternalwas very, very special because it was the first one with Alissa and it was right after Angela had left. So, we were not sure of what was going to happen. It was a very, very unsure future. But one of the reasons why we wanted to continue and not say: “Okay, well, we had a good run, this is it”, was that we already had half the album sort of demoed and written. It was very good songs and we thought it would be a shame not to give people a chance to hear them. I think that was one of the reasons why we decided to continue and find somebody else to be our singer. That album, we lived with it for like three years and around 300 shows. So, it was a BIG sort of milestone in my career.

You told us earlier that most of you come from a punk background and you used this as inspiration for Rise of Tyrant and Khaos Legions on your new album, will we get to hear more of that?
Well, Michael and I do. Which’s why we keep on doing a lot of covers from punk bands Rise of the Tyrant and Khaos Legions I think was inspired of the spirit of punk more than the actual music.
There was a song that was supposed to end up on Khaos Legions but it never made it because we never finished it. I think it was the first time we did one of those covers; Warning by Discharge that we had on the B-side. When we did War Eternal they wanted one of those flexi disc things, so we recorded two Swedish classics. One of them was in Swedish, so poor Alissa had to sing in Swedish.

I saw on metal-archives.com that you have an EP called Råpunk on the way. What can you tell about that?
It’s actually already out. It’s a part of our Deluxe box set with the album. It’s inspired by Skitslickers, who recorded an EP back in the 80s. They only did that one EP and none of the songs are longer than like 90 seconds. Most of them are in Swedish except for one, so again, we forced Alissa to sing in Swedish – which she did very well actually! She actually likes that we do it and she’s very quick at picking up languages. I think you can buy it in the merch, there should be a few left.

I will definitely buy it! The natural next question will be: what does the future bring?
Yes, well. From what I can see; more of this! More of everything!

More of everything even in Danish since Alissa is good with languages?
Yes, we got to work on Danish! Let’s see if we can squeeze it into our next bunch of covers, it would be great to hear her sing in Danish. I don’t know, maybe an old Gasolin classic [Danish rock legends]? Or a Kim Larsen [lead singer in Gasolin] solo like: Køb bananer [Buy bananas, ed.], that could be great. It could be the next big thing. We’ve been thinking a lot about what kind of covers we would like to do and one of my own favorites is by a Hungarian band called Poppel Gib. This started back with Khaos Legions, where we thought of doing something in Hungarian. But no, not yet – but it could be fun.

Thank you very much for taking time for this interview for heavymetal.dk
You’re welcome. DK as in Dead Kennedys? Have a great concert. See you down there!

This interview are also uploadet to heavymetal.dk (in an unrevised version in Danish) 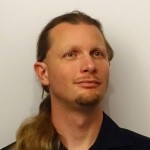