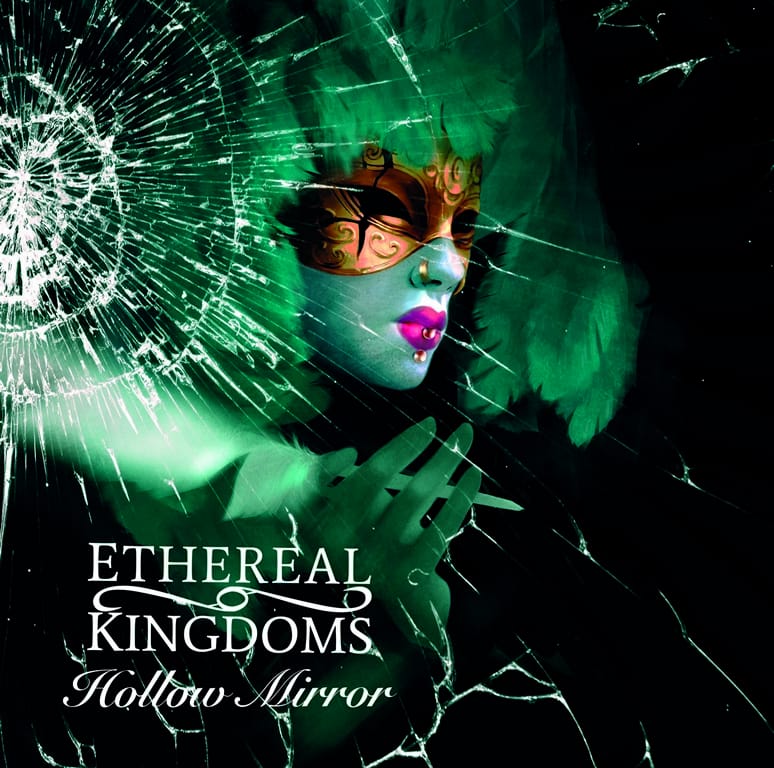 I have to admit that this is one of the Danish releases that I have been looking most forward to hear this year. When I saw Ethereal Kingdoms live at Nordic Noise 2019, I was completely blown away despite their far too short performance. I wanted to hear more! The way this band switches their sound, from angelic opera vocals and swinging guitars to a deeper and darker sound and growl is something rarely heard.

Listening to Ethereal Kingdoms debut album Hollow Mirror does NOT make me disappointed! They have made some kind of a concept album, which catches me from the beginning to the end. They bring their listeners on a journey. It is loving, it is dark, it is emotional and beautiful. I have to say that the way it is put together is somewhat genius! I guess that’s why they call themselves a Theatrical Symphonic Metal band. They have an idea, and I am completely sold on the concept. It is new, it is fresh, and it is interesting.

There are some songs that brings me back to thinking of older (great) Nightwish. Two of them are track number 4, “Heartchamber”, and track number 6, “Silent Dance”. “Heartchamber” is a single from the album, and the way this song is composed makes me want to see Ethereal Kingdoms on a huge stage (god knows they deserve it). “Silent Dance” brings me back as well, but unfortunately this is the only track on the album that doesn’t capture me as much as all of the other songs. Don’t get me wrong, it is not bad. Not bad at all. But because all of the other tracks on this album has such a high standard, this is my least favorite, let put it as that. For me personally it’s rare to hear such a great debut album from a young band, which has only been playing together for a couple of years.

A debut album for everybody

This album is not only for symphonic metal lovers. It has so many different elements, and a singer that sings opera, and growls with such anger and frustration that I, as a listener, can feel the pain from the lyrics. Love and hurt and rage. It has all of it! Another single taken from the album is “Endings”. Both the lyrics and composition of this number, alongside with the talent of the musicians, makes me feel the pain and suffering in this song. I am convinced that the songwriters Sofia, Christian and Jon have performed a masterpiece here.

A cover that surprises

Singer Sofia Schmidt (half Finnish) told me earlier that there was going to be an Amorphis cover on their debut album. I was thrilled to hear this, but still scared if they could do justice to this great song – and OH YES, they did! To hear a cover of “My Kantele” melts my Finnish heart and hopefully Amorphis will be very proud of Ethereal Kingdoms’ version.

For all the music lovers out there: no matter what type of subgenre of metal you are into, this is an album that needs to be listened to! Trust me, you will not be disappointed. I take my hat off to Ethereal Kingdoms and Mighty Music, this is only the beginning.